Owner & Principal Designer
Amy Studebaker is nationally recognized for her signature award-winning aesthetic, which blends new and antique décor to create a home that is fresh, inviting, timeless, and functional. She collaborates closely with each client to match décor with their lifestyles and personalities, to design a beautiful space that feels both comfortable and collected.

Since founding ASD in 2010, Amy's projects have been featured in Sophisticated Living, Elegant Living, Gazelle, Design STL, and Tuscan Style. She also received HGTV's Editors' "Faces of Design" Award in 2017. As Amy's work started to receive national acclaim in 2012, she became a sought-after designer for projects all over the country, including luxury residences in Missouri, California, New York, Colorado, Florida, Illinois, Idaho, Michigan, Texas, Indiana, and Arizona.

Amy resides in St. Louis with her husband, adorable son, and their Goldendoodle, Biscuit.

Senior Designer
Jamie's love for interior design started in middle school, when she would draft plans on her family's home computer. She followed her passion in college, earning a BFA in interior design from the University of Central Missouri.

After graduation, Jamie moved to Hawaii and joined a design firm that specializes in luxury kitchens and baths—her favorite aspect of design, along with selecting fabrics! In 2016, Jamie joined ASD, where she continues to build on her award-winning portfolio, all the while spreading her contagious laughter.

In her personal time, Jamie enjoys cooking; bike rides; her husband, Josh; and snuggles with her Puggle, Gonzo.

Senior Designer
Maggie has a hard time remembering when art and design were not significant influences in her life. From a young age, she knew they would forever be a part of her life. In college, Maggie received her degree in fine arts from the University of Missouri—St. Louis.

After graduation, she worked in fine art printing, where she designed luxury prints and even learned to repair antique printing presses! Feeling a need for a career change, Maggie went back to school for a second degree, this one in interior design. She joined ASD in 2018. At ASD, Maggie has applied her focus on meticulous details to her personal design style, which she describes as a thoughtful tension between art, texture, form, and color, with a mix of the unusual and eclectic.

When not at work, you'll find Maggie exploring the outdoors, traveling to destinations off the beaten path, drawing, and painting.

Junior Designer
Growing up in a family of engineers and mathematicians, Madeline often felt misplaced as an artistic mind among analytical thinkers. After beginning her collegiate career at Missouri State University as a nursing major, Madeline quickly realized she needed a creative outlet. She took a leap of faith and switched majors to interior design, where she discovered her true passion.

As a Junior Designer at ASD, Madeline takes leadership of day-to-day project tasks, while contributing ideas and suggestions to the design process. She prides herself in her ability to make others laugh (even at her own expense!), and has an infectiously positive personality.

Madeline and her husband reside in St. Peters, where they keep busy with their four-legged friends, Lyla, Indie, and Lulu. No matter the occasion, expect to find Madeline drinking a cold-brew coffee, or updating Lyla and Indie's personal Instagram accounts.

Senior Designer (E-Design & Interiors in a Box)
Lauren started out as ASD's first-ever intern in 2013. After graduating with a BA in interior design from Brigham Young University—Idaho, she immediately began working side-by-side with Amy, excited to get her feet wet in the world of design.

Amy quickly realized Lauren's great eye and easygoing personality, and she was soon offered a full-time position as Design Assistant. Since then, Lauren has been promoted to Senior Designer of ASD's E-Design and Interiors in a Box services. In this role, Lauren indulges her love of providing her clients with easy access to luxury design services.

In her free time, Lauren enjoys trying new restaurants with her husband, playing with her two children, and tending her flower garden.

Director of Marketing & Social Media
Born and raised in Memphis, Savannah has always had a love for the performing and creative arts. After earning two degrees in Marketing and Theatre Studies from Missouri State University, she began her professional career in HR administration, where she continued to build her social media and marketing acumen.

Since joining ASD in 2019, Savannah has been responsible for overseeing all marketing and social media initiatives.

In her spare time, Savannah loves to cook and bake (preferably from recipes she finds on Pinterest!), as well as perform in St. Louis musicals and shows, and spoiling her husband and her two cats, Pippin and Dolores.

Firm Administrator
Wendy graduated from Stephens College in 2010 with a degree in fashion design and product development, and spent several years in the fashion industry, where she thrived in the demanding and fast-paced environment.

This experience transitioned beautifully to interior design, and she has been the backbone of ASD since joining the team as our administrator in 2016.

In her free time, Wendy enjoys being with her husband and three children, hanging out with family, reading, or renovating her new home (you can't beat the free tips from our designers!).

Logistics Coordinator
Although Mary Beth is one of the newest members of ASD, her relationship with Amy began a decade prior, while working at Lulu Belles Fabrics. There, Mary Beth assisted Amy and the "Studebaker Girls" with estimating fabric yardage and pricing for various projects.

When Lulu Belles Fabrics closed in 2019, Amy knew she had needed Mary Beth on the ASD team. She currently serves as logistics coordinator, is ASD's biggest cheerleader, and is always ready and willing to assist with anything the team needs. 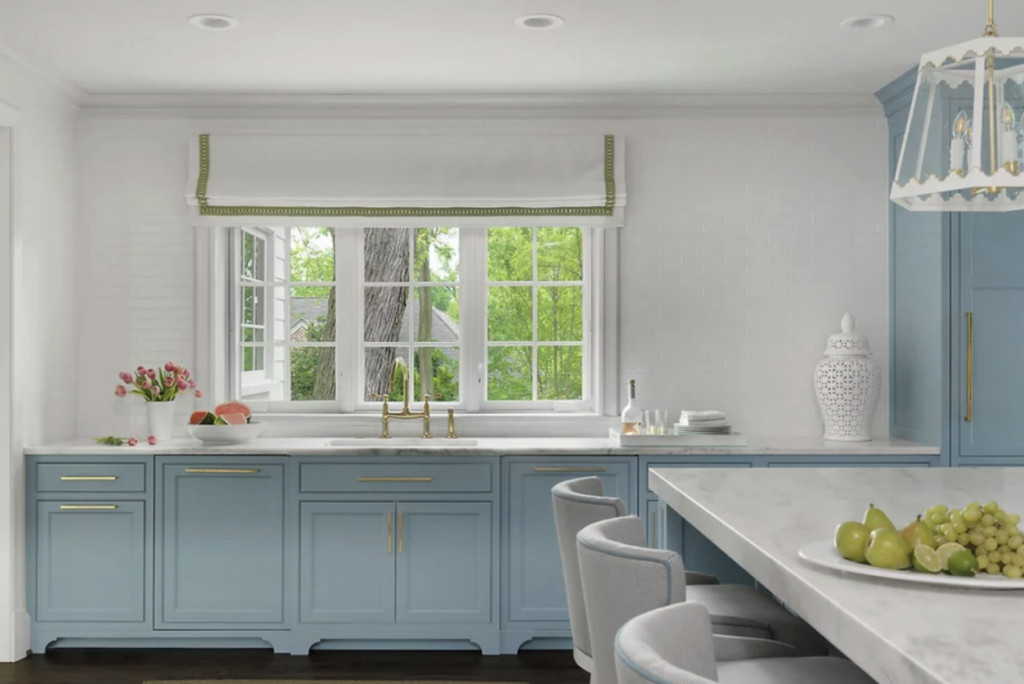 Stay in touch to receive design, tips, and details on ASD pop-up events reserved exclusively for our subscribers.